More than four out of five people in Great Britain* say they have made some or a lot of lifestyle changes to help tackle climate change, according to government statistics.

One way that Procode is helping people who are worried about climate change is a new carbon footprint tracker in the multi-award-winning MyUtilita app. Every Utilita customer using the app can use the tracker to get an accurate measure of the carbon dioxide emissions relating to their energy usage.

The tracker uses a lot of clever technology to give a measure of a consumer’s footprint they can trust Measuring the carbon footprint of gas our customers consume is straightforward. Natural gas – methane - is a homogeneous product and the way it is produced doesn’t really change so there is a standard amount of carbon dioxide produced for every kilowatt hour the customer consumes.

For electricity, the amount of carbon dioxide doesn’t always stay the same. The National Grid and other organisations have set up a system where they can tell you the carbon intensity of the electricity produced in each of the 14 different regions in the UK for every single half hour of every day.

As I write this blog post in November 2022, I can see that the current carbon intensity in south-west England is 386 grams of carbon dioxide per kilowatt hour of electricity produced and that 97.6% of that electricity is generated through using gas, with the remaining 2.4% coming from wind power. In north Scotland, the carbon intensity is currently zero – with 83.1% of electricity generated from wind and the remaining 16.9% from hydro. 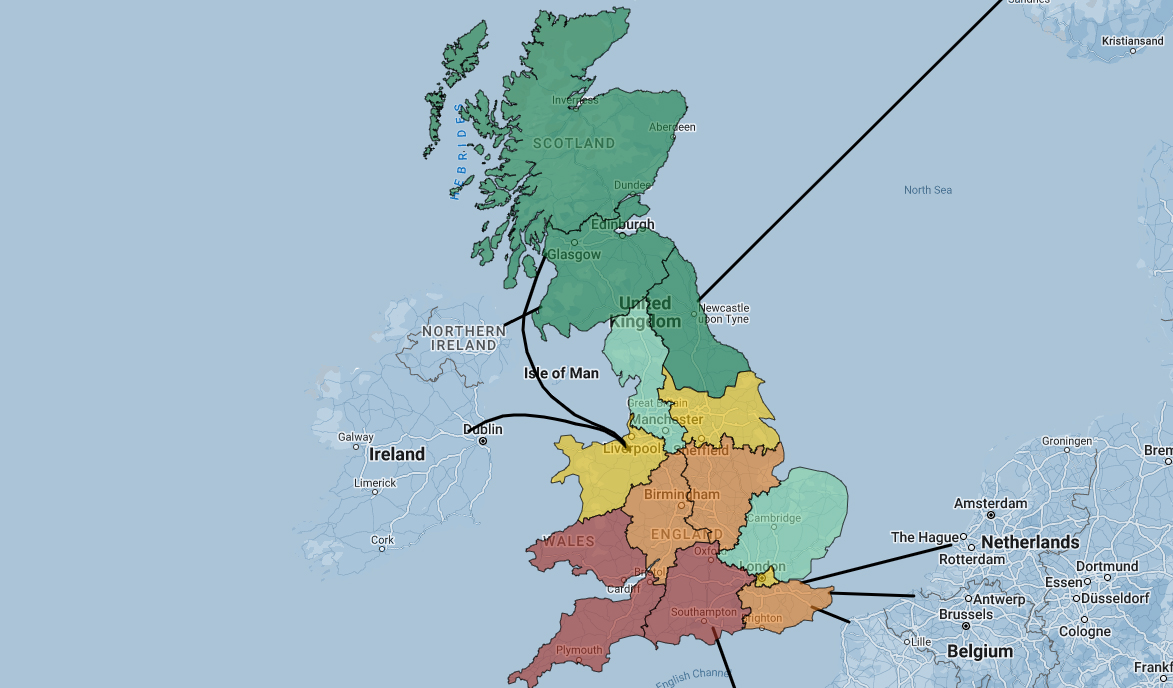 We take that information for every single half hour of the day and combine that with the data from our smart meters to show people how much carbon is being produced.

It’s difficult to your head around what a gram of carbon dioxide is, so we have converted that into the equivalent emissions produced from driving a car. It makes the figure much more understandable in real terms.

While there is clearly concern about the effects of climate change, the current cost-of-living crisis is also making people conscious of their decisions around energy use. The cost of energy is the biggest driver for most people, but some are driven more than others by wanting to reduce their environmental impact. It is important to recognise that the electricity generated in those periods of the day when we are using more gas than wind cost Utilita and its customers more – lowering your carbon footprint has the happy consequence of lowering your energy bill too.

We know that our customers are thinking more about the environment in other ways too. We offer our customers a monthly email report called My Energy that breaks their consumption by how it was generated and its carbon footprint. We send those to 6,000 of our customers and the open rate of the email has doubled since January this year.

Looking ahead, we know that people get competitive when it comes to energy use and carbon footprint. Competition is a good way of getting people to change their behaviour and we are aware that people want to know how they are doing compared to their friends and neighbours.

Utilita’s customers have shown they are willing to do their bit. No organisation, household, city or country is going to get to net zero without the buy-in of everyone.

Turning everything off in your house is a fast way to reach net zero on your energy use but it is not realistic. We are asking people to live leaner so they can better achieve their own personal net zero goals.

We absolutely want our customers to have all this technology at their fingertips so they can make their own contribution but also recognising that we want people to live comfortable lives.